3 Unmissable Shows at The Star Gold Coast This July 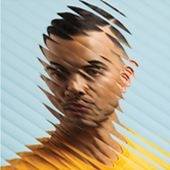 Our affordably cheap Palm Beach accommodation offers a close location to The Star Gold Coast in Broadbeach, one of the best venues on the Gold Coast to enjoy world-class live music and entertainment. Book with Royal Palm Resort this July and catch these 3 unmissable shows during your stay.

Guy Sebastian
Guy Sebastian has become one of Australia’s best-selling singer-songwriters of the last 15 years. After winning the hearts of Aussies all over the world when he became the first ever winner of Australian Idol in 2003, Guy Sebastian’s career has only got better and better. To date he’s released eight studio albums – six of which have earned platinum certification – and 35 chart-topping singles. On top of that, he’s received 28 ARIA Award nominations, winning four including ‘Best Pop Release’ and ‘Best Live Act’. This 2018, Guy Sebastian performs on the Gold Coast and it’s not be missed for his diehard fans. Hear all of his biggest hits live including “Battle Scars”, “Angels Brought Me Here”, “All I Need Is You” and the rest with his exclusive performance on July 6.